Dutch–Italian Cecilia Bernardini is considered to be one of the most versatile violinists of her generation, specializing in historically informed practice on period instruments.

Cecilia has performed in many of Europe’s most prestigious concert halls, including the Royal Albert Hall, Concertgebouw Amsterdam, Musikverein Vienna, Konzerthaus Berlin and Wigmore Hall, as a soloist or as a chamber musician or artistic director.

In 2012 Cecilia was appointed leader of the Dunedin Consort (John Butt). She features regularly as a soloist and appears on their critically acclaimed recordings of Bach’s St. John Passion, Brandenburg Concertos and the award-winning Mozart Requiem. Recent releases with the Dunedin Consort include Bach’s Violin Concertos, Christmas Oratorio and Magnificat.

Recent engagements include several appearances at the Wigmore Hall in London, both as an orchestral leader and as a soloist (Bach violin concertos with Dunedin Consort), performances at the Bruges Early Music Festival (Biber’s Rosary sonatas with Richard Egarr) and the complete Bach unaccompanied sonatas at the Bath Early Music Festival 2017. Recent recordings releases include the duos for violin and harp by Louis Spohr with harpist Masumi Nagasawa, 17th century violin sonatas with lutist Matthew Wadsworth and the solo violin role in a recording of the complete Brandenburg Concertos with Ensemble Zefiro. 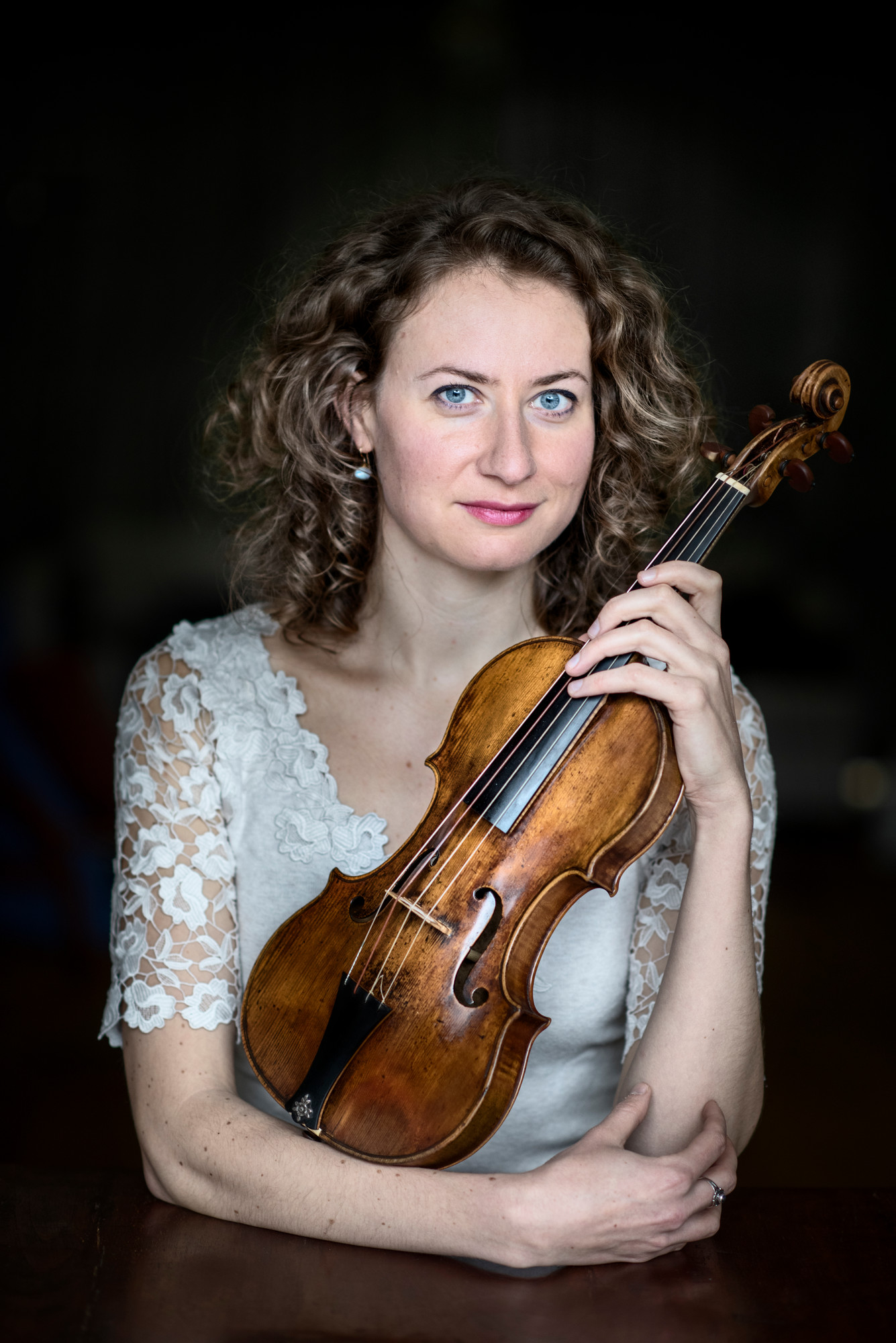 “Cecilia Bernardini, with her gorgeous, rounded, golden sound, crafted long and beautiful lines out of her solos. Far from overstating things, she is a violinist who draws you into her space. And once you’re there, you do indeed want it to go on forever.”

“Bach’s violin concerto in A minor, BWV 1041, with Cecilia Bernardini an outstanding soloist, was even better. The aching lyricism of the slow movement attained a rare eloquence.”

” Cecilia Bernardini’s two concertos highlight her individual skills. She wears her obvious technical ability lightly, focussing on the delicacies of the musical line rather than mere show. And I love her sense of rhetoric, always alert to the structure of the melodic line.”